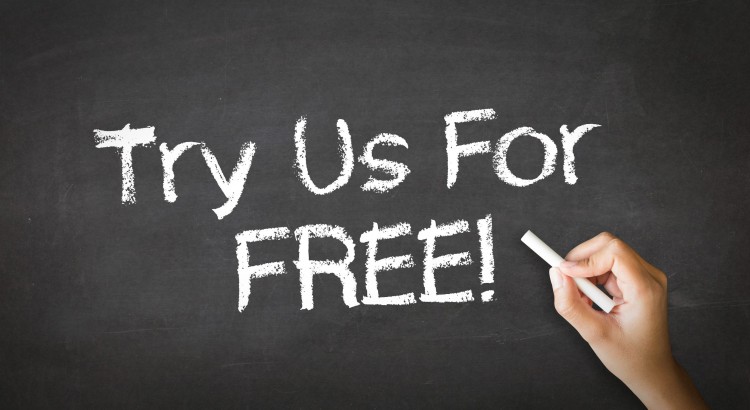 When choosing whether your SaaS business should use a Freemium or Free Trial model, there are a number of considerations to take into account:

The Freemium model gets its name from the two words; Free and Premium.  You offer a version of your product for free in the hope that enough users will choose to upgrade to the Premium version.

Often, the free version would have some sort of limitations in functionality or certain restrictions put in place, so that – even though – the free version can be used by most users, some would want to upgrade.

The problem with the Freemium model is that while it is great for attracting traffic, there is a real risk of attracting the wrong visitors. Visitors, who will never pay for anything. Freemium attracts those searching for freebies and those types will never convert. This may be fine if you still attract those who are willing to pay, and that you are set-up to identify and manage both user types individually, but it is something to be mindful of. A big user base doesn’t necessarily mean big business.

For the Freemium model to work, you will need to convert enough of your users to sustain all those users that are not paying. Depending on your SaaS set-up, the costs of supporting your free users may not be a big deal, but there will always be costs associated with having free users.

Customer support, server infrastructure, emails costs, etc. are all costs that are associated with having a bigger user base. And while these may not sound like the kind of costs that will break budgets, they can potentially run quite high depending on your set-up. If you – for instance, have a SaaS, where 500.000 users each save several hundred mB, your server costs will be significant. Sending emails or in-app messages to 500.000 users can also hold a significant cost.

Identifying those who may upgrade

The demographics of your Freemium users and those who are willing to upgrade may be completely different, and the marketing messaging needed for the two groups may also be completely different. So, if you use the Freemium model, make sure that you spend the time to accurately identifying the characteristics of your paying users and those of your Freemium users who share that profile.

Your primary marketing messaging should be targetted at those – not those who will most likely never convert.

To get them to convert, you will need a premium product that is significantly more valuable that your free product. Why else would people upgrade?

If your paying users are professional users, then it would make sense to have some sort of branding in the free version, that is removed in the paid version. This has been successfully used by image databases (watermarks), Content Management Systems or email systems (Footer). Ideally, something that will not bother a personal user, but would be unacceptable for a business user.

Also, if the Freemium base is large enough – it might be the base of a significant secondary income when selling advertising to them. Companies such as “AddThis” and “AppSumo” frequently advertise to their freemium users – and are most likely making a fair amount of money doing so.

Perhaps your application is of such a nature, that the freemium users actually add value just by using your application. A good example of this could be applications, where users add content for other users to use.

On the flip side, however, there is also the risk that the Freemium users are taking the product development in the wrong direction…what people are paying for is not necessarily the same that Freemium users are asking for, so be very mindful of who you are developing your Saas for.

The risk is that you spend a lot of time and money making people who will never convert, happy.

My favorite blogger on this topic is Lincoln Murphy. He has written at length about this topic:

The golden standard in the SaaS world is the Free Trial. In the Free trial, users get access to the full functionality of your application, but only for a limited period of time.

This works great for most business applications, as businesses get to try the full application with no restrictions before committing to pay.

As opposed to the freemium model, you do not have the potential high overhead costs of supporting all the users, who use your application, but who are not converting. The free trial will attract a lot less interest and visitors than the freemium application, but chances are, that those who visit your site and sign-up for the free trial are much more likely to convert than freemium users would be.

A 14 or 30-day trial is pretty much standard as free trial periods, as it gives users time to get familiar with the functionality and evaluate whether it is beneficial for them.

However, while the trial periods are pretty standard, that doesn’t necessarily mean that it is what is right for your business. In fact, a lot of SaaS businesses would benefit from  shorter trial periods as the shorter trial periods forces users to take action. For instance, if your application only requires a few minutes of initial set-up, and afterwards, no human interaction is necessary, then why would you offer a 30-day trial?

As a rule of thumb, you should try to convert your users as soon as they see the business benefit of your application. The longer you wait, the greater the risk that they will not convert. In the example above, the user who were impressed with the application when he signed up, might now be focussing on something completely different in his business, and thus his interest in paying for your application (regardless of whether it adds value to his business or not) may not be as high as it used to be. Convert them as soon as you can. Test other trial periods. Perhaps a three day trial period is ideal for your business, or a 7 or 10 day is better. All businesses are different and the only way to know which is the best for you is to test it.

You should also not be afraid of trying to convert users before the end of their trial period. If your SaaS has a high Customer Lifetime Value (LTV), then it could make sense to have an internal sales resource or telemarketing agency call your trial users just a few days into the trial to try to convert them. If they see benefits, they will convert, and if not, then you have an excellent opportunity to gather feedback or provide support to those users and then try to convert them later.

What is right for me?

What is best for you depends in large parts on the level of costs associated with your service.

Once you have made your choice then you will need to start building complete user profiles of both your paying users and those who decides not to pay. What sets them apart? Why did they decide to pay?  Are there more of this type of users who are only using your Freemium/Trial mode, then deciding on a strategy that can nudge those users into becoming paying customers should be an important part of your marketing strategy.

After all, they have already shown interest in your SaaS, converting them should be easier and cheaper than attracting new potential customers. 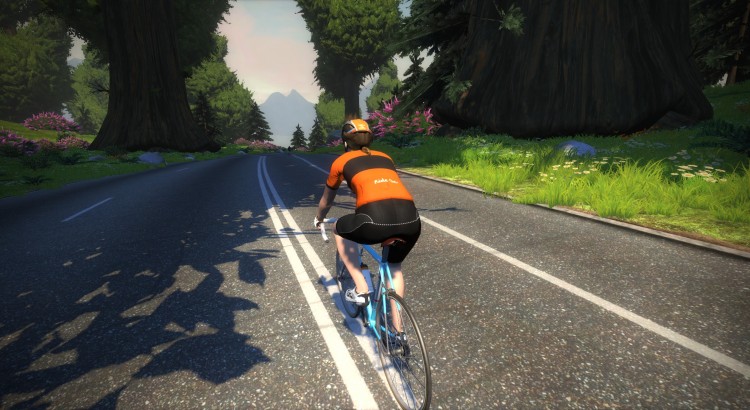 Ever so often I come across a company, product launch or marketing tactic that I feel compelled to write about it here. One company, which has made a real impact in its niche in a very short time, is Zwift. Zwift is an indoor cycling training tool that with its 3D worlds and a strong social element have managed to create a solid user base and almost fanatical members in the short (15 months or so) while, since they launched.

But how did they manage this? Zwift was not the first player on the market. Over the last few years, a number of players have entered the market; trying to make indoor cycling more interesting.  But, where Zwift has excelled – or perhaps others have failed – is to build up a community around their training platform that attracts and retains cyclists from all over the world.